While we prefer not to blow our own horn, we are proud to say that the industry has been very kind in its praise.

Recipient of the prestigious Forbes Five-Star Award for 2021, marking the 26th consecutive year to receive this designation as "one of the best hotels in the world."

Recipient of the prestigious American Automobile Association's (AAA) Five Diamond Award for 2021, marking the 28th consecutive year to receive this designation "for uncompromising standards of excellence in all aspects of the operation."

Recipient of the Grand Award for having an exceptional wine program since 1997, the highest distinction by this discerning publication.

Recognized as one of "America’s 100 Best Wine Restaurants" since 2011. Named to Wine Enthusiast's inaugural Hall of Fame list since 2018.

The Little Nell has often been recognized by Travel + Leisure in their annual Worlds Best Awards, The Little Nell was ranked #8 for "Best Resort Hotels in the American West" in 2020 and named to the T+L 500 in 2021, recognizing the top 500 properties in the world.

The Little Nell has often been recognized by Conde Nast Traveler in their annual Readers' Choice Awards, The Little Nell was ranked #6 for "Best Hotels in the U.S. West" in 2020, and #1 on the list for Aspen. The Nell was ranked #10 on the list for "Best Hotels in the American West" in 2018. In addition to being named one of the top 500 properties in the world, The Nell was a member of the "Gold List" in 2014 and listed in the 2013 Reader's Poll as one of the "Top 270 Spas in North America, the Caribbean, Hawaii and at Sea" and as a "Top Resort in the West."

The Little Nell was recognized in the 2021 Legends' Awards in the category of "8 Most Impressive Ski Resorts in the US."

In 2017, The Little Nell earned the Good Earthkeeping Award. In 2011, The Nell received the Hospitality Green Award for its work on sustainability, as well as being named the most environmentally responsible hotel in the state.

The Little Nell is a favorite of Trip Advisor, which has honored us with the prestigious Certificate of Excellence award since 2010. Named a Trip Advisor 2015 Silver Level GreenLeader for sustainable hotel practices.

The Little Nell was named "Top Sporting Hotel in the World" on the 2018 Platinum List and one of the "Best Boutique Hotels Worldwide" in 2016 on the Platinum List for Celebrated Living, American Airlines’ first and business-class in-flight magazine.

The Little Nell received the honor of "Most Bespoke Service Experience" in 2016 in celebration of Fine Hotels & Resorts' 25th anniversary.

The Little Nell received the honor of "Hotel Partner of the Year" in 2017, chosen among 979 properties as the very best.

The Little Nell was named one of the Best Wedding Venues in The West by BRIDES Magazine in 2016 and 2017.

The Paepcke Suite has been named one of the "Best 100 Suites in the World" by Elite Traveler for several years, most recently in 2020.

For the fourth year running, The Little Nell was named "Best Overseas Ski Property" in the 2016 Gold List Awards.

Chair 9 won the Peoples' Choice Award for best cocktail in the Great Apres Ski Pub Crawl in 2016 and 2017.

Autumn Adventures
Cool temperatures, fewer people and vibrant fall foliage set the ideal atmosphere for an Autumn Adventure in Aspen! Cast your line into any of the Valley's Gold Medal Waters or elevate your perspective with an Off-Road Tour to the top of Aspen Mountain.
CHOOSE YOUR ADVENTURE 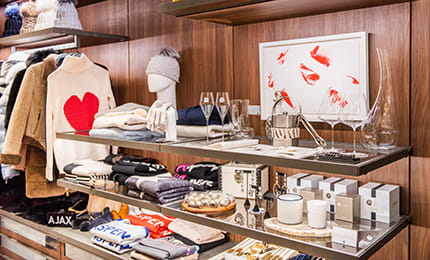